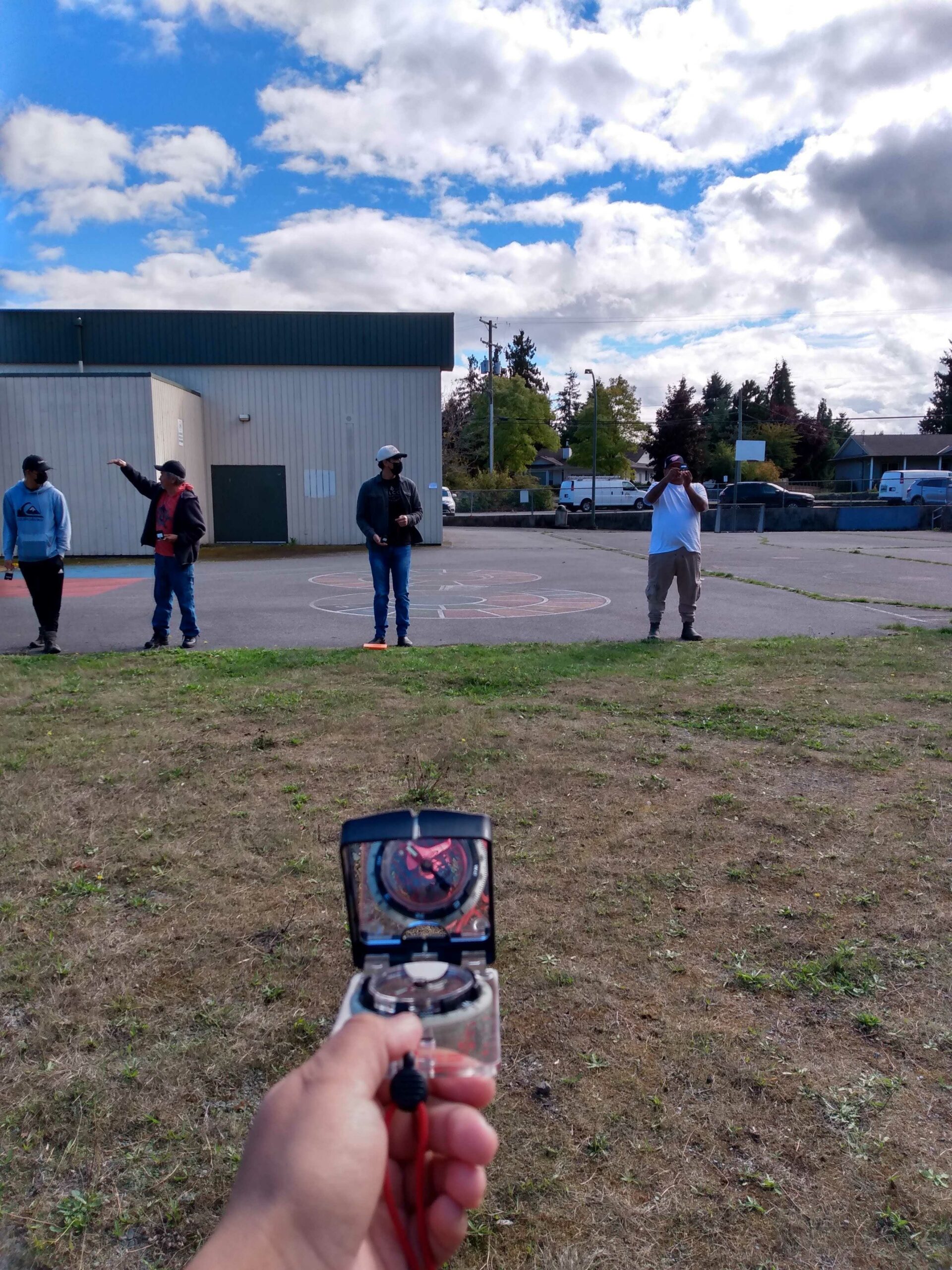 My name is Samantha Daniels and I work with Malahat Nation as a Marine Stewardship Technician.

We learned a lot from other Nations technicians that took part. They shared with us in class the things that they deal within their Nation.

We started last year, and completed our course in March, I really love school what we learnt about was Electrofishing and also Environmental Technician learning; these were my favorite.

There was two of us from the Malahat Nation. I will show some pictures that were my favorite from school.

In the first photo we were digging a spot for the settlement fence and our teacher had us all working at a team.

This photo was during fish week when we did minnow trapping and electrofishing.

My take home message is the course is really great and that if you want to be part of the Environment Department team this is a great course to do. Of course do remember to work as a team, the teacher will love that the student asks the work team for help too. 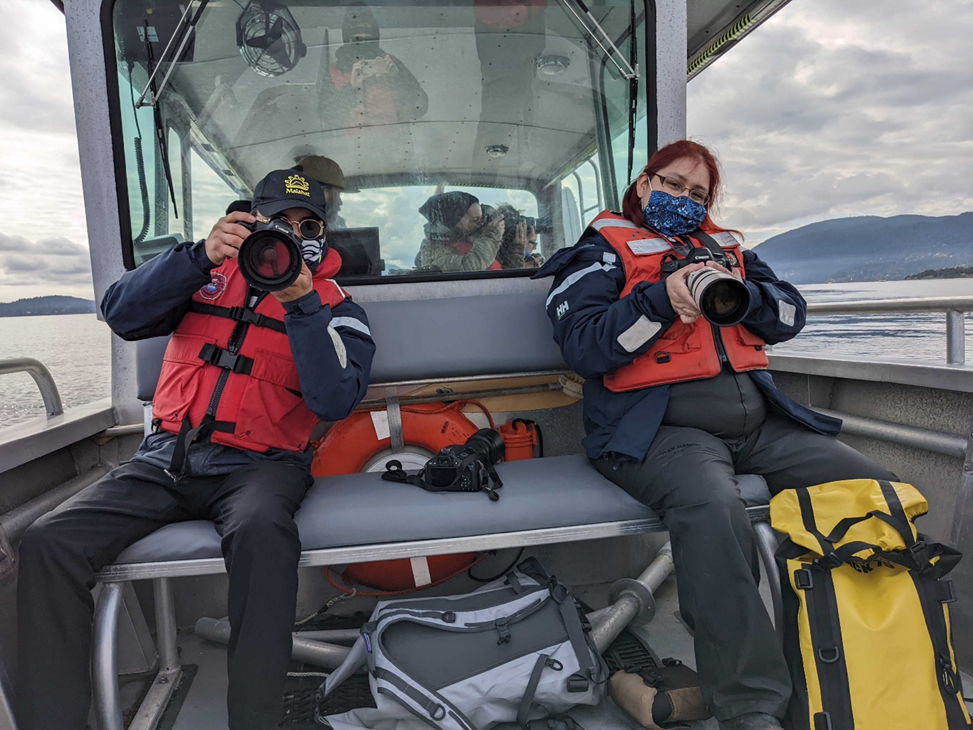 Everything is connected. Whether the species is on land, or in the water. If it is living, and breathing…there are connections to be made within their ecosystem. You may be wondering how? But, like us! They need 4 key ingredients for a sustainable life; water, food, shelter resources, and air! With their needs now covered. We can acknowledge the diverse relationships between them, and other species. By themselves they could carry out predatory relationships. They can play either role; as prey, or predator, depending on what species is what. Even if the ecosystem is diverse with many species involved, many active relationships. All these points tell us, is that connections are the core to an ecosystem’s survival. Without these links, causes, actions, and natural ways. Our ecosystems around; would be incomplete puzzles, with empty trees, and empty waters. We look with wonder and pleasure. Let’s try to observe and understand.

Marine birds are a good example of how things are connected. Dwayne, Samantha and Andre are the three Malahat Stewardship Technicians. They have been learning to identify many kinds of birds. Bald eagles, loons, surf scoters, Canada geese, sea gulls, and cormorants are some of the birds they see. These are marine birds that spend a part of their life around the ocean. Marine birds connect many places and many other lifeforms. Many marine birds migrate each year. When they migrate they connect distant and diverse places. Surf scoters for example, breed in Northern Canada and then fly south for the winter. We see them in Malahat’s marine territory through the winter. What happens in the North may have ripple effects here and vis versa. Marine birds also connect different habitats together. Marine birds fly in the air, feed and rest on the ocean and nest on land. Healthy marine birds need healthy air, water and land to thrive. Some marine birds like surf scoters feed on clams. Healthy surf scoters and healthy clams live in balance. Malahat needs healthy clams too and is part of that balance.

In the Salish Sea the number and size of boats and ships using the waters is increasing. The Trans Mountain pipeline expansion is one project expected to increase shipping. There are many negative effects marine shipping can have on marine birds. Oil from ships can interfere with a bird’s natural waterproofing. Without waterproofing birds can’t keep warm and may get hypothermia. Ship traffic causes birds to spend extra energy flying away. Noise pollution can disrupt bird communication. Birds need to communicate about good feeding locations and finding mates. Light pollution from ships may disorient birds causing collisions with structures. We understand what negative effects can occur with increased shipping. But we still don’t know how much shipping affects each bird.

Will the number of birds decrease as shipping increases? Dwayne, Samantha and Andre are helping to answer that question. Marine birds were counted for environmental baseline monitoring back in 2016. Malahat still has that baseline data. Dwayne Samantha and Andre follow a scientific protocol to count marine birds along a regular route. They are adding new counts that can be compared with the counts from 2016. Comparing counts year to year will tell us how marine birds are doing in Malahat’s territory. Observing how marine birds are doing gives us a bigger picture of how other habitats and animals are doing, like clams and Malahat’s marine territory in general. Everything is connected.